What are spider veins?

What are Spider Veins?

Many people in the states no less about spider veins or other affiliated conditions . A good number of people who are versed with the challenge are those who are advanced in age mainly because they have ever been victims of the condition in one point of their lives.

Spider veins refer to a condition where a group of veins which are located near the body surface turns blue or red. Many people who experience this are of the age 50 and above. The condition mainly appears on the face, legs and hands. In some cases, they may also appear in other parts of the body.

The condition is always formed by a pool of blood which fails to circulate me the body in the right manner. The condition has some side effects which include swelling and uncomfortable feeling all over the legs. In other parts of the body the recipient will feel itching around the vein and the affected part may also swell. 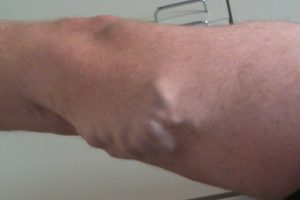 The condition can be caused by a wide range of things. One of the key reason why people get affected by this condition. As someone age the probability of getting spider vein increase. Beside from that in a number of cases the condition may be genetic and thus may be inherited from one generation to another in a given family.

Those people who have been affected by spider veins should consider seeking medical help from vein expert in Miami or a professional who are well versed with the problem. The medical process of this condition is always simple and efficient thus one do not have to worry about the entire process of getting the medical help.

People In the City of Miami can now access medical support from some of the well-trained personnel in the segment Spider vein removal Miami has been made possible by the availability of personnel who can carry out the activity. The entire process is always affordable, and thus every single patient will be able to pay for the utility.

Spider vein center Miami is one of the entities which has been able to render the spider vein removal services to its clients. The firm is well equipped with modern facilities which allow doctors to render better utility compared to other firms which offer the same utility. Unlike other firms which render the same utility the institution has been highly rated in different platforms thus making it outshine the rest in the sector.

Disclaimer: Fox Vein & Laser Experts is owned by Dr. Susan Fox, DABVLM, D.O., RPVI, FSVM and makes the best effort to treat your vein problems. The vein treatment results may vary for an individual patient based on the diseases and problems. Fox Vein & Laser Experts does not guarantee that you will experience the same results as highlighted in ‘before and after’ pictures and as shared in testimonials.